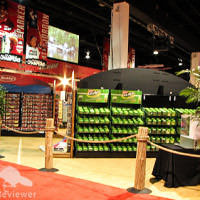 To say this years Classic was the SuperBowl of the fishing industry is an understatement. Fans from all over the country came to look, cheer, and spend at the 2008 Bassmaster Classic Expo. See what made one of the best consumer fishing shows of the year. We took so many pictures, we had to break this one up into 2 parts!! Yikes!

The 2008 Bassmaster Classic Outdoors Expo was held at the Carolina First Center in Greenville, S.C., for three days, from Febuary 22nd through the 24th. Hundreds of booths ranging from boat manufacturers, travel lodges, to anglers booths were amist the vast showroom floor.

TackleReviewer got in before the general public, snapped some shots, talked with pro anglers, and also brought you the lowdown of what new products were being showcased.

One of the largest booths at the show was shared amongst Berkley . They trucked in a hawg tank, full shopping area, and a big screen above the booth. Live demonstrations of new baits such as the Hollowbelly were showcased throughout the day.

If only it were this easy on the lake.

Sporting some of the best deals, the Carrot Stix makers had some combo deals. Rods were selling for cheap, and lots of anglers were taking advantage of this deal. 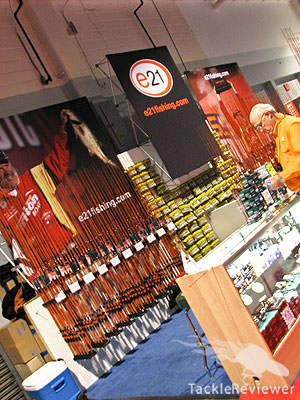 Shimano brought in guests such as Jimmy Houston, and had their whole line of reels, rods, and accessories. They had a prime location at the show. 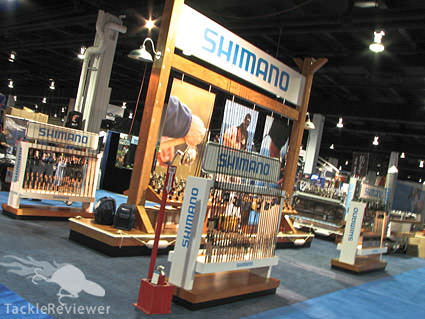 Loads of Cumara's, Crucials, and reels 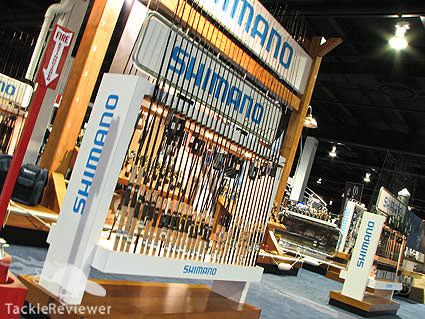 The latest rods from Shimano

Pros Hank Parker, Bill Dance, and a lineup of others were found hanging out signing autographs. Dick’s had a full store, where daily specials were going on. The hawg tank showcased new lures, and there were casting games for the kids. 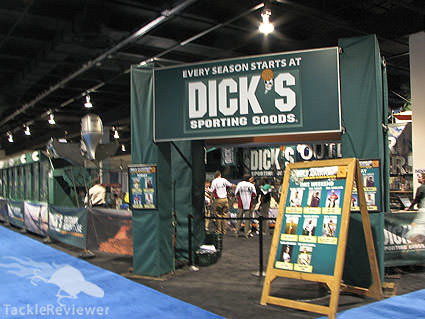 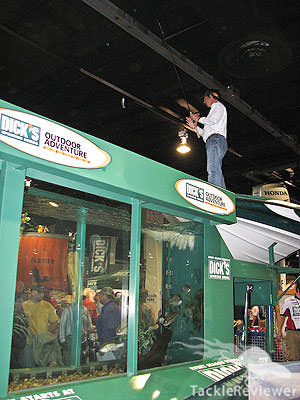